Devastated by the drastic devaluation of the Lebanese pound, more and more people are embracing cryptocurrencies

It’s a small, unassuming office tucked between a dog grooming parlour and a slot machine room in Bourj Hamoud, Beirut’s Armenian neighbourhood. Hanging on the wall are two golf clubs, three golf balls and, above them, a framed poster showing the price of bitcoin, which is rising sharply.

This is where 37-year-old Samir Saad is preparing to open what he describes as Lebanon’s first consulting firm specialising in the most famous digital currency: bitcoin.

A mechanical engineer by training, Saad became interested in cryptocurrencies through developer friends, starting in 2014.

“The Lebanese people have been robbed of their money. I want to teach them how to become their own bank”

“The goal is to educate people for free about cryptocurrencies, to explain to them how to create a secure portfolio, as well as the basics of blockchain [a ledger that compiles each transaction made by its users],” he told Middle East Eye.

“They have been robbed of their money. I want to teach them how to become their own bank.”

A few weeks ahead of the consultancy’s grand opening, several dozen people have already made appointments, Saad said.

“This morning, a local man came in and wanted to exchange $7,500 into bitcoin, but I don’t do currency exchange, I just give advice. In any case, it shows that an interest is developing,” he added.

On a global scale, according to the site Coinmarketcap, the bitcoin market had grown to more than $2,500bn as of mid-May 2021.

This momentum has been spurred by the US stimulus package and a growing interest by investment funds, banks and large companies in bitcoin. Recently the digital payments giant PayPal announced that it will be launching a service to buy and sell cryptocurrencies on its platform.

Is the cryptocurrency wave about to sweep through Lebanon, as well? Many signs point to a resounding yes.

Charles, a 34-year-old sound engineer, is already familiar with the roller coaster ride that’s part and parcel of this highly volatile market. He bought one bitcoin in January for nearly $30,000; by April, the price had reached $65,000 before dropping back down to $30,000 just two months later.

“I did a lot of research before investing,” he told MEE. “These types of fluctuations are common in this market, so I’m not worried. I don’t plan to resell for several years since I trust the technology.”

Charles’ interest in cryptocurrencies  began in 2015, but he only observed from the sidelines for many years. Ultimately it took a Lebanese trader to convince him to invest at the beginning of 2021.

“I had saved up to buy a house in Europe last year, but the deal fell through. I ended up with a large sum of money in dollars, so I decided to invest all of it in cryptocurrency. It’s a risky bet, but I know what I’m doing,” he said.

While statistics are hard to come by in Lebanon, the global excitement surrounding bitcoin seems to be finding some traction.

As of January 2020, the company Blue Wallet, which allows people to store cryptocurrencies securely on blockchain, showed an increase of 1,781 percent in the number of registered portfolios in Lebanon, the highest in the world.

According to data from Reuters, which interviewed six bitcoin traders last September, several million dollars are reportedly exchanged for bitcoin every day in Lebanon.

“The volumes traded on the market have increased significantly as of late. It’s estimated that monthly transactions on bitcoin are currently reaching $10m. This is not ‘nothing’ for a country like Lebanon,” he told MEE.

In 2019, he created a discussion group on the encrypted messaging app Telegram, called “Lebanon Bitcoin”, which offers analysis and educational resources. The group, which had just a few hundred subscribers last year, now hosts a community of 2,300 people.

“There was a surge starting in 2020 when bitcoin surpassed its all-time high. Unfortunately, the craze was mainly driven by a desire for speculation in the short term,” Yacoub said.

“There are many people who lost money in Lebanon due to the crisis. Some see cryptocurrencies as a way to limit their losses and recover quickly, but this is dangerous. These people are easily exposed to the shady schemes that spring up everywhere in the cryptosphere. It will still take time for us to reach a widespread and healthy adoption.”

An alternative solution to the crisis?

The recent craze is running parallel to the unprecedented economic crisis Lebanon is going through.

In the summer of 2019, the Ponzi scheme on which the country’s economy had been based since the 1990s collapsed. So-called “financial engineering” implemented by the Bank of Lebanon (BDL), aimed to maintain an artificial parity between the Lebanese pound and the dollar, attracting more and more bank deposits. In exchange, banks offered huge interest rates – up to 15 percent.

Since then, the country has been on a downward spiral. Lebanese citizens no longer have access to their money, which is stuck in the banks. On the black market, dollars are currently being traded for about 20,000 Lebanese pounds.

“Despite their high volatility, cryptocurrencies are a safer investment than the Lebanese pound… Sure, bitcoin can lose 30 percent of its value, but the pound, in contrast, has lost 100 percent”

In a recent report, the World Bank wrote that the economic and financial crisis in the country ranks among the three most severe crises since the mid-19th century and notes that, “such a sharp and rapid contraction is usually associated with conflict or war.”

The national currency lost more than 90 percent of its value against the dollar, while consumer price inflation – the standard basket of food and drinks – rose 290 percent year-on-year in August, the highest in the world, according to Bloomberg. Three-quarters of the country’s inhabitants are now said to live below the poverty line, according to one UN report.

The interest in bitcoin is obvious, as the crypto-currency itself emerged in the wake of the 2008 global economic crisis: it allows money to be sent and received through decentralised means, skipping the intermediary of the traditionally trusted third parties such as banks or governments.

Unlike fiat currencies, whose printing by central banks leads to inflation, bitcoin is limited to 21 million units. Each user has a secure “digital wallet”, an encrypted key known only to them.

This trend is flourishing in countries experiencing major economic crises, such as Argentina and Venezuela. In several countries on the African continent, bitcoin has been used as value stabiliser in the face of inflation and as a way to bypass banking restrictions.

This year, for the first time, a country went as far as to grant bitcoin the status of legal tender: in El Salvador, bitcoin can be used for any transaction, just like the dollar.

“Despite their high volatility, crypto-currencies are a safer investment than the Lebanese pound,” Patrick Mardini, a professor of finance at the Lebanese University of Balamand and director of the Lebanese Institute for Market Studies thinktank, told MEE.

“Yes, bitcoin can lose 30 percent of its value, but the pound has lost 100 percent,” he stated.

“As long as there is no sound monetary policy and the public deficit and depositors’ withdrawals are financed with money printed by the central bank, the currency will continue to depreciate against the dollar, and the Lebanese will continue to turn away from it.”

Unlike the US and Europe, Lebanon was barely affected by the 2008 financial crisis and hence did not pay much attention to the emerging trend of cryptocurrency. But that’s all changed now.

“The rest of the world started to take an interest in bitcoin in the 2010s because there was this questioning of the monetary system,” Lara Abdul Malak, the editor-in-chief of Unlock magazine, which specialises in covering blockchain in the Middle East, said.

“In the current situation, Lebanese people in turn are starting to look for alternatives.”

With a total of $6.3bn transferred in 2020, remittances from the Lebanese diaspora to their home country represent a substantial share of GDP. The country ranks third in the world with a remittance-to-GDP ratio level of 32.9 percent.

Given the current situation, it is highly likely that the diaspora will continue to look for alternatives to banks in order to transfer funds to Lebanon. This is especially true since a significant part of the population does not have a bank account.

“Bitcoin offers what a central bank cannot: security and ownership”

“The only thing that holds an economic system together is the trust we place in its intermediaries. In Lebanon, that trust is broken and I don’t think there will be any going back,” Abdul Malak said.

“During the civil war [1975-1990], the Lebanese pound lost much of its value. Since then, savers have turned to the dollar, promising not to make the same mistake again. Today, it is their dollars, their life savings, that have been stolen. Bitcoin offers what a central bank cannot: security and ownership,” she explained.

Still, the Lebanese legal framework is particularly restrictive. Since 2013, the central bank has prohibited the purchase of cryptocurrencies using local payment cards on trading platforms.

Cryptocurrency transactions are thereby organised peer-to-peer through groups on WhatsApp or Telegram, running the risk of potential scams and high commission rates.

“The lack of public awareness around the use of bitcoin is fostered by a more unfavourable regulatory framework than that of the United States or Europe. This is an obvious roadblock for wide-scale adoption,” Mardini said.

“At the same time, the central bank, which considers bitcoin to be particularly harmful, is itself under fire for its catastrophic management of the crisis. You can’t help but wonder if it has any credibility left,” he added.

Malak believes that while the BDL can ban bitcoin, it will not be able to prevent people from using the crytpocurrency.

“The Lebanese want to avoid banks, because they have no control over what happens in them.” 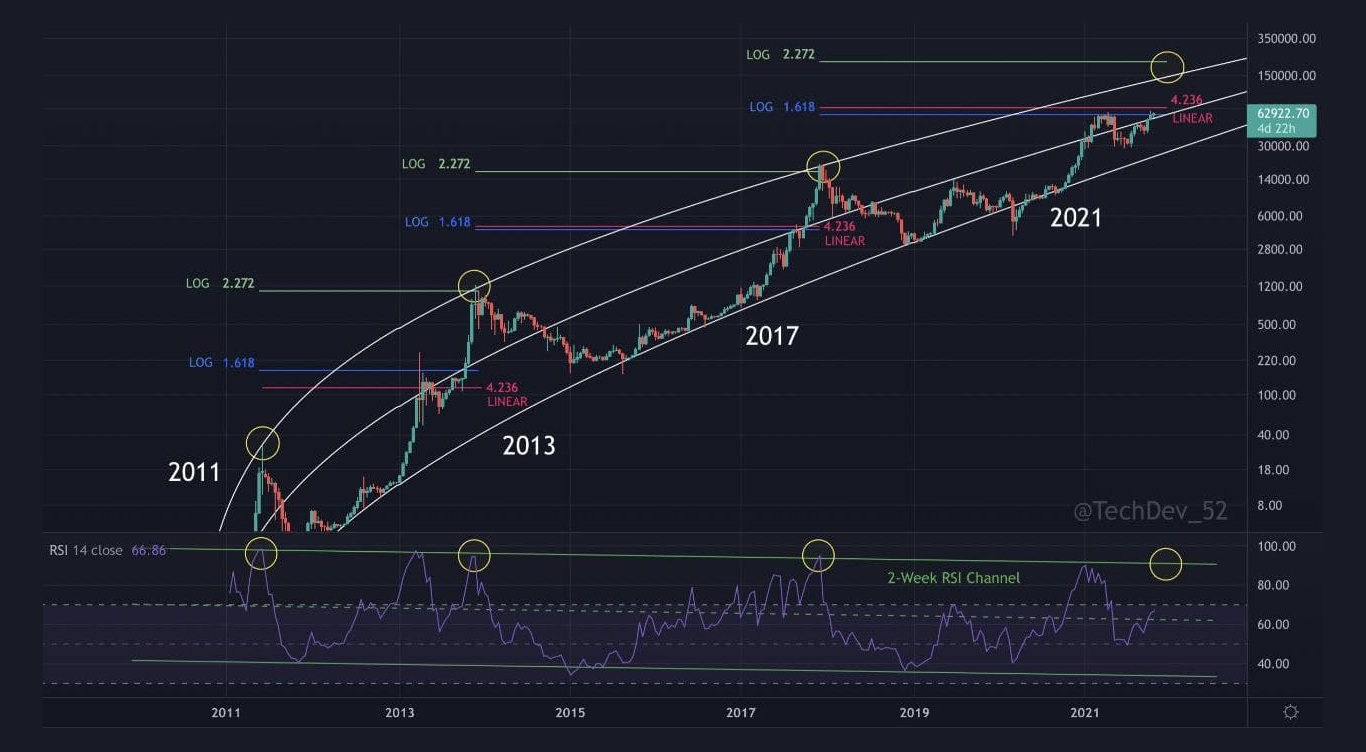 You can deposit your money in Bitcoin, get a crypto card account, and cover all your daily expenses with it except that you’ll be seeing your savings grow with Bitcoin, instead of languishing in plain cash with the severely outdated banking system. You can even earn interest on deposited Bitcoins, although that Bitcoin would be held for you by an exchange, not in your own wallet. Also, many crypto card exchanges offer cashback rewards in crypto, and others even reward in straight Bitcoin!

Consult the “wallet selector” on bitcoin.org to choose your recommended wallet that gives you your own private key, to keep the bulk of your coins. Then deposit some Bitcoin into a crypto card to spend. See below a list of crypto card exchanges that can start you off with crypto card spending:

And there are many others, including prepaid crypto cards that can conceal your identity when spending, i.e. Ezzo Card

This is how I transitioned from using technology that hasn’t changed since the 1700s, being fully banked, to not owning a single bank account by keeping all my value under my own control with Bitcoin. Bye bye banks dreaming of robbing my money ever again.

I can cover all my expenses this way and even if the market tanks, value kept in BTC rises back up fast after a correction.

If this is your first Bitcoin adventure then take lots of time to study all the relevant documentation before transferring funds. Unlike the banking system, your Bitcoin is absolutely under your control with your own private key and all Bitcoin transactions are final, even if sent to wrong addresses.

To your money’s freedom! Because prosperity only ever flourishes where true freedom exists.